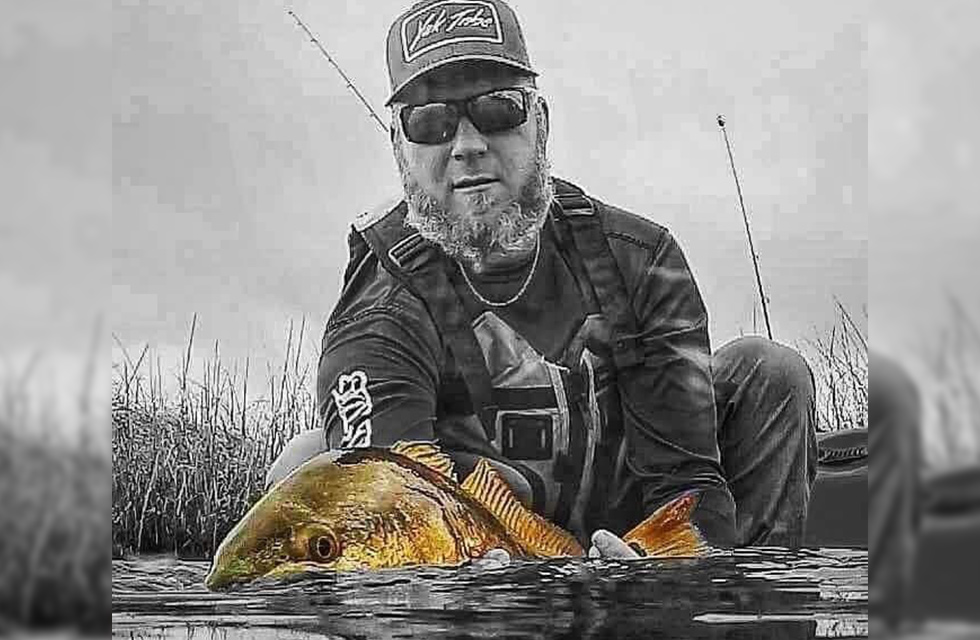 Fishing is much more than setting the hook. Although that’s the goal, I enjoy many things that go along with the hunt. My favorite has to be searching for the redfish in marshy waters. Nothing quite beats the quietness of the morning and to hear a redfish busting bait just between a small strip of marsh and yourself. I quickly get to the other side just to realize it’s more than one. As I paddle onward, lined up with the grass, every few minutes or so one darts out from beneath the darkness of the blades.

Neither of us know exactly what to do, I watch in amazement. Sometimes, all for me to see is the cloudy trail of boils left behind. If I’m lucky, I’ll get a glance of the painted blue tail. On a few rare occasions, I’ve had a few play bumper boats and unintentionally run into the hull of my plastic fish finder. Just last Saturday, I had this happen, and I was thrilled, scared, and upset that I had missed the opportunity for the time being. Yes, it scared the crap out of me momentarily. Frustration goes away quickly, as this is the game I play; a sense of joy overcomes me, and I’m thankful he chose to play bumper boats with me.

Quickly, back into ninja-stealth mode, I head toward an opening that leads me to a stagnant canal followed up by a small maze of marsh. I don’t get far into it when I spook another red; this was a brute. It darts passed me with a swift quickness. I turn around and see the torpedo-like wake at top speed in get-away mode. Once again, fishing-wise I had failed. But, for me, the feeling of failure is brief. What I experienced, I can not explain in words, and the way it makes me feel is what will keep me fishing in the marsh for many years to come.

I’m still learning the ins and outs of the marsh. Sometimes, I stay confined in a smaller area focusing on drains, openings, anything that I think may be suitable for a red. Other times, I’ll allow myself to go deep into the marsh system and just go with the flow to get caught up in its magic. I was paddling down a canal which led to three separate canals.

I chose the middle one, as most of this day, I witnessed bait jumping, small mud boils, signs of a flounder. Birds, crabs, etc, etc. Marsh life. Was not sure if this canal was a dead end or not, but I headed on my way. About halfway down I saw what looked like a wave. A wake, it seemed very big. I paddled closer and could see the backs of two reds which almost seemed locked together. They passed without noticing me and allowed me to follow. I tried to cast but couldn’t land it where I wanted. I got pretty close as I followed them.

They were working as a team feasting on tiny shrimp. I noticed a couple of the times that the shrimp jumped into the marsh trying to avoid being an afternoon lunch. This continued all the way to the end of the grass line. Then, I didn’t see them. I was hoping they made the sharp turn and were going to do the exact same thing going down the opposite side of grass line. Nope, they were gone.

Nonetheless, this was watching redfish doing what they do. Amazing, beautiful. A few more hours later, few more red sightings and my time had run out. This was a tournament day for me and yet I’m ok with not landing them. For now. I was to blessed with what the marsh had to offer me on this day. I’ll be back, I’ll try a few things differently and I’ll do some things the same. Regardless of any future outcome, you will always finding me roaming the marsh.

Be sure to check out the Saltwater Survival Kayak series tournament.
sss.kayakseries.com